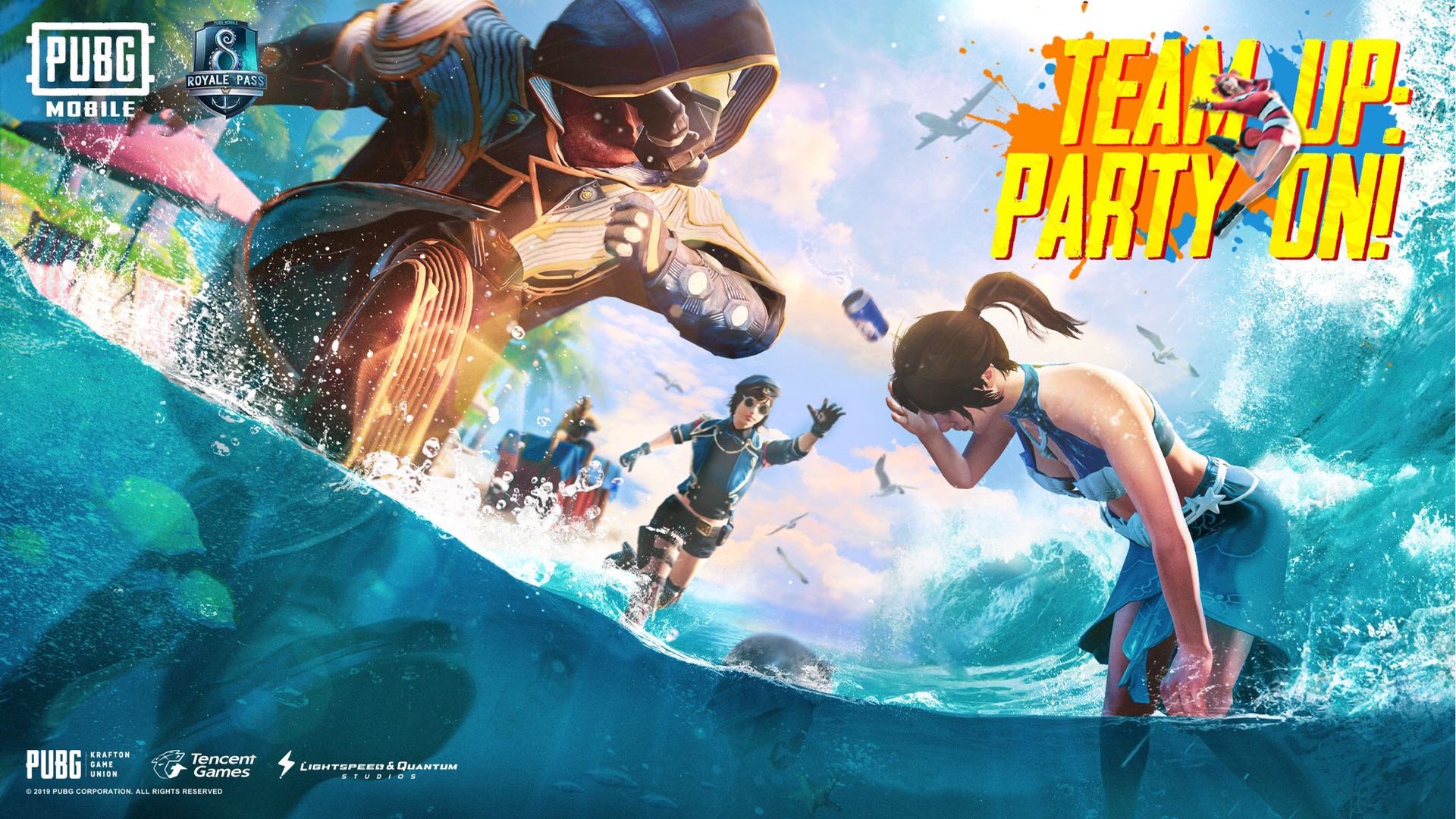 - The game's 5th submachine gun. Fires 9mm ammunition. Drops in Erangel and Vikendi.
- The PP-19 is a 9mm submachine gun with a detachable oversized magazine of 53 rounds, but it does not support magazine upgrades, so the capacity cannot be increased through attachments.

- The PP-19 has single shot damage value of 35 and a rate of fire similar to the UMP. Its default magazine size gives the advantage of a fully kitted weapon during early game. These advantages come at the cost of a slightly weaker performance later in the match.

3. iOS background download and update feature has been added. While downloading a new patch, iOS players can now send the app to the background (iOS shop will not be updated to reflect this).

5. The High Frame Rate option has been added to HDR mode for some high-end devices. Enable it for even better graphics at the cost of battery life. It can be configured in Settings - Graphics.

6. PMCO-themed events are coming in late July. After completing the missions, players can listen to the new PMCO song by Alan Walker, and get the PMCO Theme for the Main Menu.

1. Season system upgrades
- The Season interface has been redesigned to be more intuitive.
- The Classic Mode Results Screen has been adjusted. Rating and Tier changes are now more visible on the screen.
- Season 8 rewards have been adjusted. The entire Season 8 outfit is now available upon reaching Gold tier. Diamond tier will feature Season-exclusive weapon finishes.
- Tier rewards have been adjusted. Reach Crown or above to get a special team-joining effect and name tags. Reach Ace or above to get a permanent season title.
- Rewards will now be automatically sent to players at the end of the season.
- At the beginning of each season, players will learn about more detailed changes from the previous season.
- The ranking system’s algorithm has been tuned to slightly increase the weight of kill points, so kills will have a bigger impact on Tier.
- Tier transfer rules have been revised. Starting from Season 8, Tiers below Gold are transferred as-is to the next season.
- Tier Transfer messages has been polished. Rating reset information for all servers will be shown in one message, and tier transfer rules will be explained on the website (link will be included in the message).
- Tier promotion reminder has been adjusted. Division promotions within a tier will not be shown in the lobby. Tier promotions will get a more extravagant reminder.
- Tier icon visuals have been improved.

2. Royale Pass: New ocean-themed outfits and items await players in the Season 8 Royale Pass!
- New friends request feature: on the Elite Pass purchase page, players can ask their friends for the Elite Pass or Elite Pass Plus.
- To celebrate the first anniversary of the Royale Pass, some items from Season 2 and Season 3 are coming back. Players can get these rare items in Rank Rewards and Redemption Crates.
- Display effects on the Rewards screen, Mission screen, EZ Mission License screen, and Ranking screen have been adjusted.

Improvements
1. Items have been added to BP Shop for Prime subscribers, including Season 8 passes, mission cards and more.
2. The UC Purchase Bonus screen has been updated. Rewards have also been updated.
3. Title visual effects have been improved.
4. Select mythic outfits are now shown with weapons drawn.
5. Unified the Crate names and fine-tuned the visual effect of the navigation bar on the right side.
6. Bonus Challenge results are now calculated in real-time. The Middle East, Southeast Asia, Europe and the United States regions will be start soon.

Latest Events:
- Team Up in Royale Pass Season 8 for the Summer Carnival! Treasures from the ocean await you!
- PUBG MOBILE CLUB OPEN 2019 Global Finals, 7/26-7/28 - Join us in Berlin! Check-in in-game a certain number of times to collect PMCO-exclusive rewards!
- PUBG MOBILE x BAPE collaboration with in-game BAPE products and retail merchandise!
- Alan Walker x PUBG MOBILE's new collaboration single and mystery set! Check the event center to participate in the new song unlocking event.
- To celebrate the first anniversary of Royale Pass, some Season 2 and Season 3 events will be back. Players can get these rare items in Rank Rewards and redeem crates!