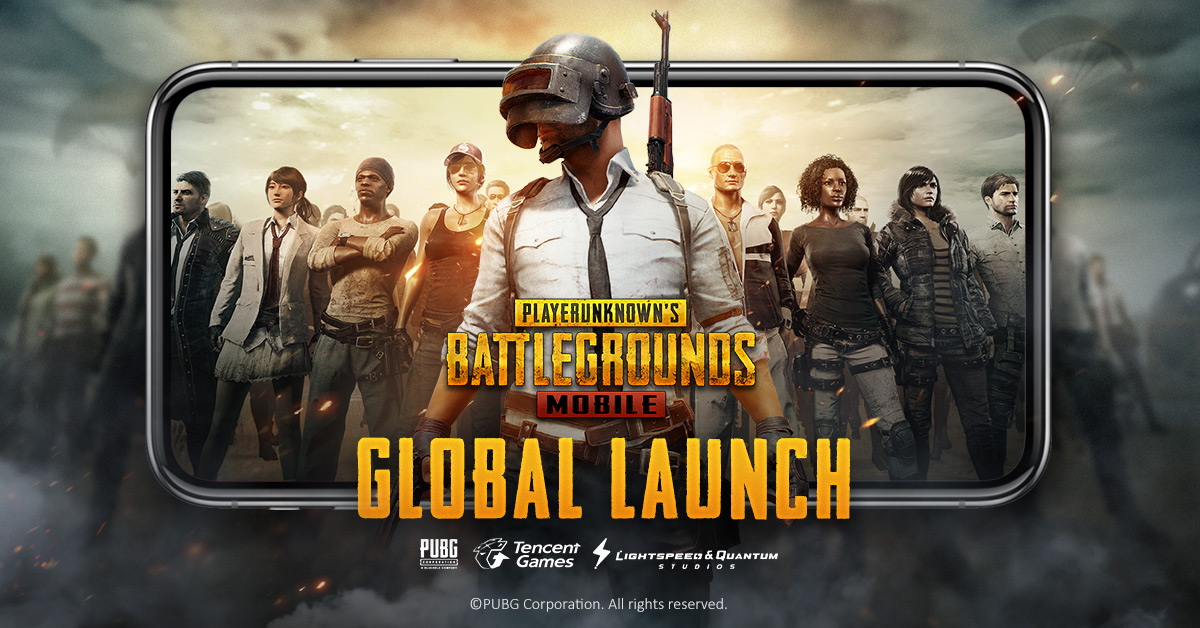 San Francisco – March 19th – Tencent and PUBG Corp. have announced that PlayerUnknown's Battlegrounds Mobile, the mobile version of the massively popular Battle Royale game, is now available in many regions around the world, both on iOS and Android (more regions will be added at a later date).

PlayerUnknown's Battlegrounds has been a huge success on PC, and the PUBG Corporation has partnered with Tencent to create the mobile version of the much-loved multiplayer game. "We chose to work with Tencent and their development studios because of their long-running history of high-quality mobile games and the level of love and support they put into their titles." said Chang Han Kim, CEO of PUBG Corp.

Tencent and PUBG Corp. are working together on building a strong mobile version, and an Android beta test in Canada began on March 15th. On March 16th, the iOS beta test went live in Canada, bringing the game to both mobile platforms. Due to the beta receiving large amounts of positive feedback from players, the game launched today on March 19th.

"We are very excited to launch PUBG Mobile on iOS and Android internationally," said Chen Jerry, Corporate Vice President of Tencent and President of Lightspeed & Quantum Studios Group. "We are working hard to create an authentic PUBG mobile experience that players new and old will love. A lot of work went into controls and optimization to give players a smooth and intuitive experience."

PUBG Mobile is a faithful adaptation of the PC version for mobile devices that will change the way people perceive and think about mobile gaming. The developers are set on satisfying the high expectations of players and influencers who have been looking forward to the game coming to the world’s most accessible platform.